The Progressives' dominant worldview was social democracy, naturalism, and economic protectionism, while—especially in the rural Heartland—working-class populism was its leading characteristic. After the election of 2060 the party saw an ideological shift toward Postnaturalism and adopting more contemporary liberal social views in opposition to the Conservative-Green Alliance.

Founded in 2022 by Democratic Socialists, Working Families, Justice Democrats, and many other progressive activists, politicians, and organizations, the Progress Party quickly became the principal opposition to the dominant yet declining Democratic Party and Republican Party.

The Progress Party evolved from a rejection of the Third Way movement of the Democratic Party organized by Bill and Hillary Clinton in opposition to the Republican party of Ronald Reagan and George W. Bush. The Third Way movement within the Democratic Party favored a marrying of liberal and conservative ideals to incrementally push the country more to the left, and came to power in the election of 1992. The Third Way particularly emphasized adopting Reagan-era principles of free trade and globalization, which while an overall economic benefit, disproportionately hurt working class Americans who often lost their jobs to modernization, international competition, and outsourcing.

By the Great Recession rural and industrial Americans were facing hardshps that many scholars attributed to the impact of globalization and Third Way politics. Deflation had left rural communities unable to afford homes, and the jobs that were available to them if they lost their jobs in manufacturing or agriculture could not help them afford a middle-class standard of living. By 2016, the number one cause of death for white men over 40 was suicide, and the opium epidemic had left rural communities devastated. "Economic anxiety" thus led to a split in the major parties that contributed to the rise of Donald Trump and Bernie Sanders' primary challenge to Democratic front-runner Hillary Clinton. Economic nationalism was a central theme to both Sanders and Trump's campaigns, and while Sanders lost the primary by a sizable margin, Trump's victory was seen as a consequence of the Democrats abandoning the working class. Trump lost the popular vote by the largest margin since Ruthofurd B. Hayes, but his electoral victory ultimately hinged on several Midwestern states that hadn't voted Republican since 1988 flipping to Trump.

The Democratic party united in opposition to the Trump administration to form a winning coalition for the 2020 Presidential election, but still had its own internal factions, primarily along nationalist and internationalist lines, with the nationalists who formed around Alexandria Ocasio-Cortez, Dylan J. Price, Bernie Sanders, and Elizabeth Warren, became the modern Progress Party.

The origin of the Progress party lie in the outcome of the 2018 and 2020 elections, where a number of Democratic-Socialist and Progressive candidates unseated Republican or Democratic incumbents in major State, House, and Senate races. In 2022 these progressives defected from the Democratic Caucus and set up the new Progressive Caucus in Congress. From the new caucus these Democratic members of Congress and later the Senate coordinated to push for a series of progressive programs championed by the Bernie Sanders campaign in 2016 and 2020.

The actions of Congressional and Senate Progressive Democrats gained notoriety as the states began to pass similar policies that were to the left of the Biden administration and the platform of the DNC. The Biden administration did not outwardly oppose these progressive measures being implemented at the state level, but refused to adopt any of them at the national level, as President Biden felt any association with the progressive wing of the party would be a roadblock toward garnering support from anti-Trump Republicans.

In 2022, progressive Democratic leaders, dissatisfied with the Third Way policies of the Biden administration, coordinated with student groups, unions, environmental groups, and other activists to organize a special convention in Philadelphia to draft a series of amendments to the Constitution. The petition sent to Congress gained little traction among mainstream Democrats and Republicans, and proved to be a major point of contention in the Democratic party and the broader progressive caucus.

On 15 August 2023, after closed-door meetings were held by the Justice Democrats, the Democratic-Socialists of America, and the Working Families Party, the leaders of three parties announced the "Progress Party Alliance", thereby merging their parties to create the new Progress Party of America. After several months of talks between various teams of party delegates, the deal came to be.

On 5 October 2023 the Alliance was ratified by the Progressive Conference by a margin of 96% to 4% in a national referendum conducted by postal ballot. On 17 October, the new party was officially registered with the FEC.

The Progress Party traces its ideological origins to the inspiration of the New Deal Coalition of the Democratic Party, organized by Franklin Roosevelt. Organizationally, the modern Progress Party truly arose in the 2020s, with the election of Alexandria Ocasio-Cortez.

After the Lachman Revolution and the rise of Neo-Jeffersonianism, some members of the Progress party pushed to focus the party on reducing deportations and create government owned co-ops, essentially adopting the Third Way strategy of Democrats prior to the Great Reset.

However, the party stayed mostly focused on maintaining the welfare state and fighting against the growth of corporations that dominated entire economic sectors. This strategy, combined with the party's internal schism over the impotence of a Third Way-like approach, ultimately resulted in its undoing and its eventual slide into political irrelevance. 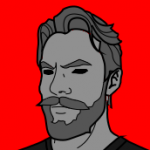 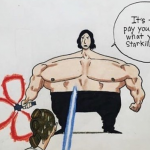 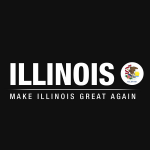